Proud to Exclusively
Register & Show in: 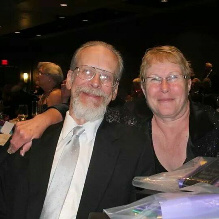 My name is Shelby Friemoth – my husband is John. We began breeding Persian cats in 1979. Because we were having difficulties conceiving ourselves, our outlet became cats. John purchased for me my first Persian from the newspaper, which was common then. Our 3rd kitty purchased from the newspaper came complete with CFA Registration papers and we were told this was a “show cat”. However, this was not the case and needless to say, my introduction to CFA left something to be desired. We never gave up and our perseverance was steadfast. We soon were able to show a cat that was actually show quality and from our own breeding around 1982.

In 1984, along came our first daughter, Lorna. Lorna loved cats and at the young age of 11, she wanted her own cat and her own breeding program. John and I supported her endeavors and instructed her to make her contacts, which resulted in her successfully obtaining her first Japanese Bobtail. She took this cat to the shows and after some time asked the breeder if she could breed. This breeder gave Lorna her first breeding program. In the meantime, Lorna would come home with Siamese, Colorpoints, Orientals, European Burmese and last, but not least…American Bobtails. And the rest is history. John and I could not be more proud of our daughters – each and every one. Lorna, who’s cattery is NuDawnz, has become an avid breeder with multiple DM’s, Breed Wins, National & Regional Wins, and at the age of 30 achieved a Tier 4 Superior Cattery of Distinction. Lorna is currently working towards her CFA Judging program. 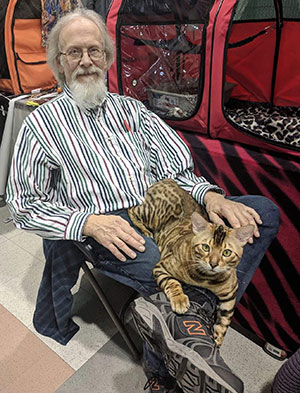 Now, back to the Bobtails. American Bobtails were not a CFA recognized breed when we became involved with them. John and I showed our American Bobtails as a Miscellaneous Breed for 6 years. We took them to all the important shows in all the CFA Regions, introducing them to the judges, explaining the breed and our breeding program, proving confirmation – to validate that they had become a consistent breed. We took our American Bobtails in front of the CFA Board in 2003 and asked for advancement to Provisional. This was overwhelmingly granted, receiving full support of the Board.

For the next 3 years, we showed in Provisional. We, again, went to the CFA Board in 2006 and were accepted for the next year’s show season as a CFA Approved Breed!

Over the next 8 years, John and I, Lorna and Kelsey have had numerous Distinguished Merits, Breed Wins, National Wins, Regional Wins, Grand Champions and Grand Premiers with our American Bobtails. We have two 3-­Generation National Winners as well.

In 2012, John and I decided it was time to pack up and move, so off we went to begin a new chapter in our life – San Diego. Everything has been so new and exciting.